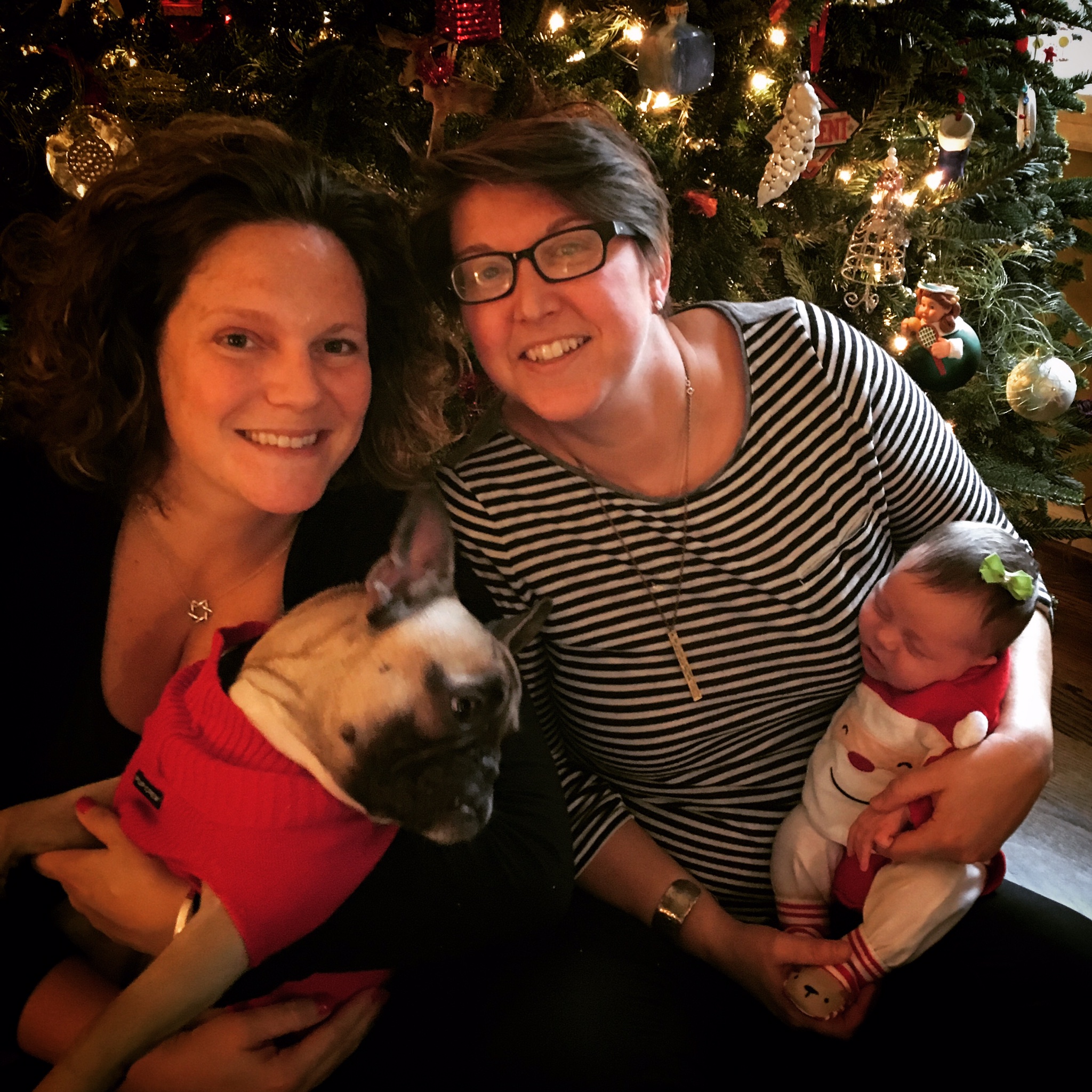 Let’s start by saying this: if Ursula moved to another country, my partner and I would pay (literally) to fly her in for the birth of our next child.  Ursula was THE factor that made the delivery of our first child seamless.  One can try to plan for the birth of their child, but no matter how close your birthing experience parallels the one you have conjured in your mind, there is certain to be SOMETHING that throws you for a loop.  I mean, it’s science.  Just like anything else, science is an art, and there are multiple factors that intervene when it comes to something as complex as birth.

We got in touch with Ursula via her website Birth You Desire, but we were a little nervous about the cost of a doula.  We filled out the information form and submitted it.  Once Ursula got back in touch with us, she informed us that were we to want to obtain a doula, we would need to commit soon because she was nearly at her quota for pregnant moms the month we were to deliver.  We told ourselves we would “think about it”, knowing that it would be put by the wayside and likely be forgotten.  I mean, come on.  I am a nurse, my partner is a lawyer.  We figured that between the two of us, we had the medical side covered with my nursing knowledge, we had the patient advocate side covered with her strength as an attorney.  With our excitement about being moms, we wouldn’t let anything too important get past us in the process of pregnancy and labor/delivery.  We would be able to make informed decisions.  My partner would be the best birthing coach there could be.  We don’t need to spend money on something that she and I would be just fine doing ourselves.  Millions of parents do it every day without a doula, why would our experience be any different, right?

During one of our prenatal visits, we had a pretty negative experience with one of the doctors.  It is a large practice with a group of OB/Gyns, and it was recommended that we try to see all of the physicians in the practice, as it was a possibility that any one of them could be on call at the hospital when we went into labor.  While most of our experiences at this practice were great, we had one appointment go so poorly that I totally lost it.  The doctor was condescending, she was intimidating, and she took what was supposed to be a happy and exciting experience and made it into a sour one where I was left crying and embarrassed.  On the drive home, I suggested that we change practices and find a new OB.  My partner suggested that we bite the proverbial bullet and hire the doula.  She said even if we DID change OBs, who’s to say that we wouldn’t have a similar experience somewhere else.  She also noted that we did like most of the OBs and that the doula would provide the perfect cushion between us and the doctor, no matter which one we got.

When we met Ursula, she was professional yet personable.  She was on time, responsive to texts and emails.  She also kneeled to the ground and pet my puppy when he jumped up and licked her, nearly knocking her coffee over.  One of the things that my partner and I did (and that is not at all required but I would HIGHLY recommend it) is we took Ursula’s birthing class.  This, again, was an expense that we thought we didn’t need, but we were so wrong.  I can think of countless examples why but here are a few: we literally sat in Ursula’s house – in her living room – getting an intimate look at what her life is like and who she is; we met multiple couples who were very much like us (and multiple who weren’t) going through the same process but with a completely different lens; we were provided with a raw, truthful, and experienced class on what to expect during labor and delivery.

What you plan is never what happens.  At 35 weeks, when I thought I went into labor (8 pm on a Thursday) after losing what I thought was my mucous plug, I texted Ursula who replied within minutes.  It was a false alarm, but nevertheless, she was immediately present and ready for whatever may be happening.  At 39 weeks, I thought I went into labor (10 pm on a Saturday), and texted Ursula who responded immediately.  Ursula provided some suggestions and thoughts on what I should do.  Another false alarm.  A few days later when my water broke (12am on a Tuesday), Ursula responded immediately.  She said we should practice what we had learned in birth class, and that she would be on her way to my home shortly.  When I sent her a (pretty gnarly) picture of what my meconium drenched amniotic fluid looked like (but come on, NOTHING phases a doula) she said that I needed to call the OB right away.  The OB suggested that I head to the hospital because she wanted to monitor me much more closely.  This was completely different than what our “birth plan” had been, and I was upset.  I had planned on using a birthing ball, and getting in my shower, and breathing exercises with my partner and my dog nearby…but that all changed when the doctor said I needed to be in a hospital bed attached to a monitor.  However, KNOWING that Ursula was on her way and that I had options that had been covered in birth class, I worried less.  I mean, I’m a pessimist and a Negative Nancy.  I’m a worry wort.  But knowing that Ursula had my back no matter what my birth plan was, despite the changes that were unexpected by inevitable made me feel just that much better.

Written by Kami U, a Birth You Desire student and client.

← What is Childbirth Pain? Metropolitan Breastfeeding gets an Award →