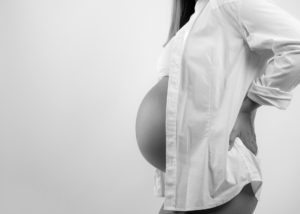 There are three types of breech presentation 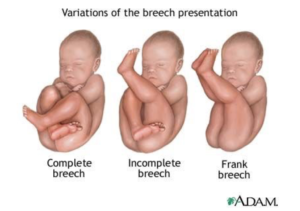 There are several known or common reasons why a baby is breech.

Natural methods to facilitate the baby to turn

Even though most babies are head down by 32-34 weeks, 4% will still be breech for delivery.  There are many strategies to facilitate a vertex or head-down baby.  Most of these are the most successful if started at 32 weeks or as soon as you find out your baby is breech.

When natural methods do not work or if you do not have access to trusted alternative care providers, it can become necessary to work with your OB team. They may offer you a procedure called an ECV (External Cephalic Version).

An ECV is usually done at 37-39 weeks in a hospital setting with detailed monitoring and portable ultrasound.  Many providers will also encourage the mother to use IV medications or an epidural to further relax the uterine muscles allowing for a higher success rate.

Here is a video of a successful ECV procedure.

The criteria for a local hospital here in the Washington DC area:

If you do not meet these criteria or if a team cannot be called in then chances are your baby will be born via cesarean.  By working with your provider, you may be able to make requests for a family-centered cesarean, however.

Birth is a partnership between mother and child. Neither one can birth without the other.

By understanding there is a partnership my clients find it easier to work as a team and make strategic choices for the best possible outcome for the two of them.  Case in point, I remember one baby in particular who just loved his toes, and despite everything, the mother tried he would not stop holding on to them.  He loved them so much that when he was delivered via cesarean he was born holding on to his foot and sucking his toes!