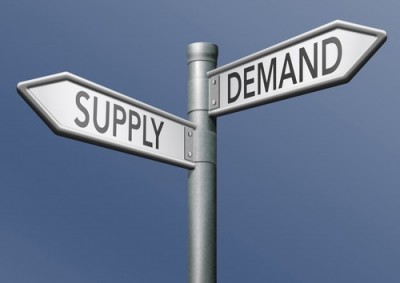 As a lactation consultant, I spend a substantial amount of time counseling mothers on breastfeding supply. “I have too much milk” or, “My supply is so low, I have to supplement with formula at every feeding.”

For some reason, how successful a mom is with breastfeeding is directly related to her idea of how successful a mother she is. So, you can see where low milk supply issues can drastically impact a mom down to her core. So, what happens to cause low supply? Where does this phenomenon originate? My thought is that it often happens during the first hour after birth when, instead of coming right to breast, babies are whisked away for weights, measurements, footprints, vital signs, apgar scores, suctioning and placement of what I call “the LoJack” around the ankle. I do realize the suctioning and possibly the apgar scores are critical functions after birth but believe these can be done while baby is skin-to-skin on mom.

There’s a beautiful video of a baby girl being delivered vaginally and immediately being placed right on top of her mom’s lower abdomen. During the 45-minute video, the baby CRAWLS from that position all the way up to her mom’s breast and drops her head right over the nipple! Of course I saw this movie with a group of other lactation consultants and there wasn’t a dry eye in the house. So miraculous when you think of it and so different from what usually happens.

I constantly hear stories of babies being taken from their moms during that first hour to satisfy hospital protocol. When baby is usually returned to the mom, washed well and wrapped tightly in a blanket, they’re too tired to do anything. There’s ONLY that ONE golden hour to take advantage of before the baby naturally does some pretty deep sleeping for the next 23 hours. Although skin-to-skin is still important after that hour, it doesn’t have the exact same impact.

Another supply killer is the practice of some hospital personnel and nursing staff offering to take babies away to the nursery so moms can get some sleep. Afterwards, they return with results of a hospital protocol heel stick showing the baby now has a low blood glucose level. Really? Moms are advised to immediately give formula (not sure why we can’t give colostrum), and it’s there that the slope becomes even more slippery.

One mom I worked with told me a story of a post partum nurse telling her that her baby was “crying because he wants a hamburger and all you have is a French fry.” A real confidence boost, don’t you think?

Another mom told me that when she arrived home from the hospital, her mother was there heating up formula because “Breastfeeding doesn’t work well for Smith women” (not the real name).

What do people think formula is? Just the name alone makes it sound important, doesn’t it? Lactation consultants frequently call it “Artificial breastmilk.” For one, it’s not even species specific since it’s made from cow’s milk. Having said that, I highly recommend it to women with inadequate supply; at least until we get the maternal supply up. Babies can’t wait and aren’t very subtle about letting moms know where they stand.

Bags of formula and other treats for moms do nothing more than undermine womens’ sense of self. It’s akin to handing out six-packs at AA meetings….Here’s the 12 steps for recovery madam, but if it doesn’t work out, here’s a six pack of Bud Light.

We need to support women, right from the start with their “Breast Intentions.” Baby to the breast within the first hour, rooming in, frequent skin-to-skin, lactation consultants in Baby Friendly hospitals and more community resources for follow-up.

I often tell moms struggling “I believe in you. Your breasts are 3 million years of evolution sitting right there on your chest.” Melodramatic? Perhaps, but that’s what women need for this confidence game called breastfeeding.

This article was previously published by Dr. Kathleen F. McCue, DNP, FNP-BC, IBCLC-RLC and is used with permission.