Alcohol & Pregnancy: What You Need To Know

Alcohol & Pregnancy: What You Need To Know

Congratulations – the stick has turned pink! You are pregnant, and you are about to embark on a journey like nothing else you have ever experienced. You’re excited and terrified and maybe a little bit sick at the same time. It’s one of the most turbulent times of life, pregnancy, and it comes with rules. You know that you need to get as much rest as possible, but you may have also heard that soft unpasteurized cheeses are a no-no. You may have heard that canned fish is not a good idea due to the mercury content in the can.

Both of these rules are correct: unpasteurized cheeses carry a listeria risk and too much mercury isn’t good for anyone let alone a baby. But have you heard one of the fundamental rules to follow: no drinking alcohol in pregnancy. That glass of wine you had a day? It’s time to cork the bottle and put it away. Yes, there are a lot of articles out there that say one small glass a week is absolutely fine. You may have read that Sally had a sister who had a cousin who drank alcohol heavily during pregnancy and the baby was fine. Anecdotal evidence is lovely, but even scientists disagree on what you should do regarding drinking in pregnancy. The best thing to do is listen to those that say not to do it and give your baby a chance of avoiding fetal alcohol syndrome. 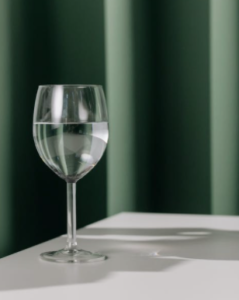 Did you know that even two units of alcohol in the first trimester per week ups the miscarriage risk to 30%? It also increases the odds of miscarriage in the second trimester by 70%. These are not figures that should be ignored. We cannot see whether it’s the alcohol that does it, but you wouldn’t give your baby a glass of wine in a bottle, and as you share a blood flow it’s best to let it go. You are carrying a baby right now and you have to consider more than just yourself – even if you really want that wine and you can’t stop thinking about it. Your body is under enough pressure as it is to build a human or from scratch, so to have to worry about the effects of alcohol on the heart on top is just too much. You don’t need to panic about things like that, especially when the best thing that you can do for your body and your baby is to give up alcohol for 9 months.

Alcohol is known as a neurotoxin. The way it causes damage may not be clear but the evidence of neuronal loss in babies is clear and the risks of fetal alcohol syndrome are enough to say no. You are growing a baby and keeping you and the baby safe is your priority now. This gift you’ve been given needs to be cherished, and you can ensure that it is if you stick to remaining as healthy as possible throughout pregnancy.